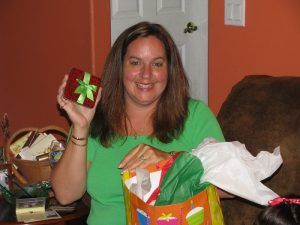 Do you wish everyday could be a birthday celebration? Me too!

GOOD NEWS! You can celebrate each day and each moment!

BE ENTHUSED in ALL of your precious moments!

Success seems to be connected with action. Successful people keep moving. They make mistakes, but they don’t quit.

The qualities of a great man are vision, integrity, courage, understanding, the power of articulation, and profundity of character.

If you want to live a happy life, tie it to a goal, not to people or things.

Whatever we plant in our subconscious mind and nourish with repetition and emotion will one day become a reality.

If you are going to achieve excellence in big things, you develop the habit in little matters. Excellence is not an exception, it is a prevailing attitude. ~ Colin Powell

Reading is a means of thinking with another person’s mind; it forces you to stretch your own.

Many of us crucify ourselves between two thieves – regret for the past and fear of the future.

Assumptions are the termites of relationships.

The weak can never forgive. Forgiveness is the attribute of the strong. ~ Mahatma Gandhi

Just remember — when you think all is lost, the future remains. ~ Bob Goddard

An eye for eye only ends up making the whole world blind.

The greatest revolution of our generation is the discovery that human beings, by changing the inner attitudes of their minds, can change the outer aspects of their lives

Insanity: doing the same thing over and over again and expecting different results.

The important thing is this: To be able at any moment to sacrifice what we are for what we could become.

The will to win means nothing if you haven’t the will to prepare.

Three Rules of Work: Out of clutter find simplicity; From discord find harmony; In the middle of difficulty lies opportunity.

If you’re not using your smile, you’re like a man with a million dollars in the bank and no checkbook.

Take the attitude of a student, never be too big to ask questions, never know too much to learn something new.

When you find yourself stressed, ask yourself one question: Will this matter in 5 years from now? If yes, then do something about the situation. If no, then let it go.

Great works are performed not by strength, but by perseverance.

Nobody can go back and start a new beginning, but anyone can start today and make a new ending.

Keep your face always toward the sunshine – and shadows will fall behind you.

The most valuable thing you can make is a mistake – you can’t learn anything from being perfect . ~ Adam Osborne

Education is the ability to listen to almost anything without losing your temper.

There is no chance, no destiny, no fate, that can hinder or control the firm resolve of a determined soul. ~ Ella Wheeler Wilcox

Often the difference between a successful man and a failure is not one’s better abilities or ideas, but the courage that one has to bet on his ideas, to take a calculated risk, and to act. ~ Maxwell Maltz

Wisdom is knowing what to do next, skill is knowing how to do it, and virtue is doing it.

Victory is won not in miles but in inches. Win a little now, hold your ground, and later, win a little more.

Life is the first gift, love is the second, and understanding the third

God gives every bird its food, but He does not throw it into its nest. ~ J. G. Holland

‘Tis the set of the sail that decides the goal, and not the storm of life ~ Ella Wheeler Wilcox

The question is not what you look at, but what you see.

He who can no longer pause to wonder and stand rapt in awe, is as good as dead; his eyes are closed.~ Albert Einstein

Worry does not empty tomorrow of its sorrow; it empties today of its strength.

All quiet along the Potomac to-night,

No sound save the rush of the river,

While soft falls the dew on the face of the dead,

The picket’s off duty forever.

I would venture to guess that Anon, who wrote so many poems without signing them, was often a woman. – Virginia Woolf

Alexandra Stoddard…While we were at Bank Square Books I discovered a Quotable cards quote of mine: