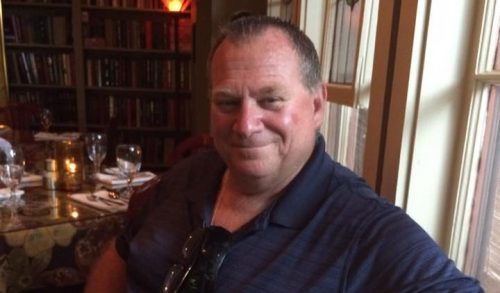 Scott Beck has had the great opportunity of living out his dream and purpose for the past thirty years serving members in his community as a Police Officer in Law Enforcement. He has helped many and loves mentoring and coaching his fellow police officers. Throughout his career he has received awards and plaques for a job well done. He also has been promoted several times; from a police officer rank to that of a Sergeant’s rank and now serves as a Lieutenant. He has plans to retire within two years.  Scott has had experience in a variety of roles within the business world, specifically within the restaurant and newspaper industries. He’s a true Floridian and a surfer at heart.  When he is not working, mentoring, or helping others, he can be found by the beach with his wife. Both of their dreams include sitting on the beach everywhere in the world, at least once.  He is a man of faith who values integrity, loyalty, and honesty.  He had always loved God, but it was not until 2002 that his relationship with God became very real for him.  He experienced God in a whole new way and knew for himself of God’s great love and forgiveness. His relationship with God and Jesus became personal and has been serving God with all of his heart since then.  Scott was previously married and went through a divorce. He had three daughters. God blessed him with a second chance and Scott has now been married for over thirteen years to Georgette, a woman God introduced him to through a mutual friend; a God divine hook-up. He also has a stepdaughter, but for him, if asked, he has four daughters. Scott is a Pop Pop, grandfather to three boys. Scott has served the Lord in a variety of ways; as a greeter, Sunday school teacher, youth mentor, and DivorceCare facilitator. He along with his wife has helped individuals heal from divorce for the past seven years. They both have also helped couples in marital crisis. Scott and Georgette’s heart’s desire to help save marriages and help people who are experiencing a divorce and those who need mentoring and encouraging. Diesel and Bonny are precious additions to their empty nest home. These fur babies are loved greatly.